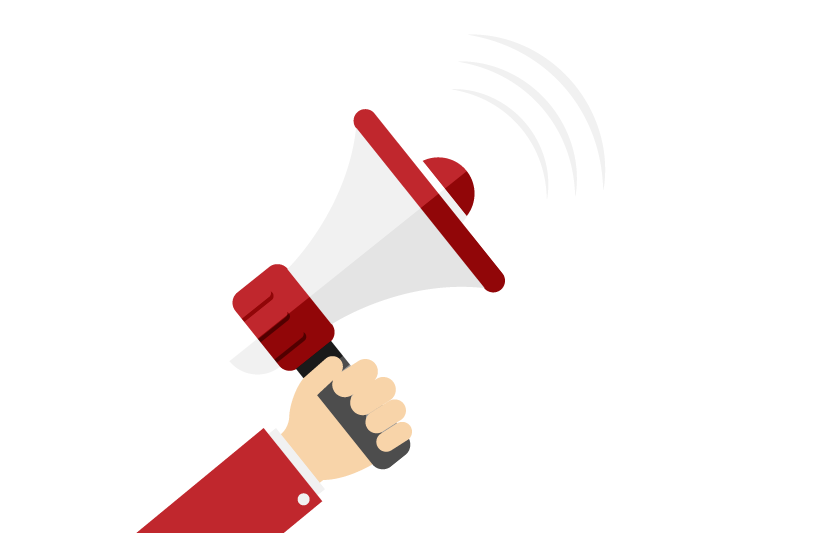 Google business listings Name Spam is an ever present problem for businesses in Google results, because an inserted keyword into the business name does have a position advantage within Google Maps. Some of the time it is unintentional spamming by the user who is unaware of any Google My Business guidelines and all his competitors are doing it. Then you get the serial spammers and local SEO’s who are aware of the benefits and take full advantage of it.

When you speak to a business owner about their business name being viewed as name spam or a naming violation, they had no idea that Google My Business had guidelines, and if this is a guideline why was I able to add it into my business name and verify the business with this name?

If I don’t follow this naming guideline, which none of my competitors do, what will happen?

Nothing, nothing at all!  And herein lies the problem, whilst some guideline violations will lead to a suspension, other guidelines are not enforced.

Naming guidelines are not enforced unlike addresses, overlapping service areas for multiple branches, redirected or harmful urls and in some industries governmental registration to verify legitimacy.

Google My Business cannot rely on a naming algorithm like it does for virtual addresses, rather they crowd source the information, which is ineffectual for a number of reasons.

Google may be looking for algorithmic solutions according to the patent which Bill Slawsky wrote about in 2015.

Google My Business relies on users to correct information or enforce the currently unenforced naming guidelines.

A user can “suggest and edit” for a Google business listing. Problems with crowd sourcing suggested edits is:

After all of this suggested edit crowd sourcing has taken place, the owner can simply change the name back.

Your name should reflect your business’ real-world name, as used consistently on your shop front, website, stationery and as known to customers. Accurately representing your business name helps customers find your business online.

For example, if you were creating a listing for a 24-hour coffee shop in Southampton city centre called Shelly’s Coffee, you would enter that business information as:

What is Considered Name Spam

Pretty much anything that does not reflect the businesses real world name. When reporting names via suggest an edit, you should conduct your own research.

A logo is not a business name, neither the domain. Check official government business registration sources, Trading As names which could be different, DBA registrations and actually calling the business.

Using the business location within the name has been dropped as a violation in certain circumstances.

If there is one singular business called “The Pink Fluffy Elephant” then adding the location to the name would be a violation.

If the business has branch locations then it is permitted to add in the location within the name “The Pink Fluffy Elephant Corby”. The typical examples of this would be hotel and restaurant chains. 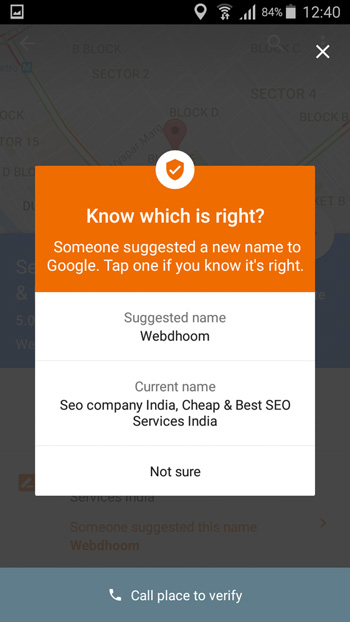 When the owner of the business listing is not active and Googlebot cannot determine if your suggested name is correct, then they crowd source the suggested edit.

The drawback is when this is not a high traffic listing, it could take months before another user comes across the suggested name.

The following examples are of edits that have been denied or “not applied”. 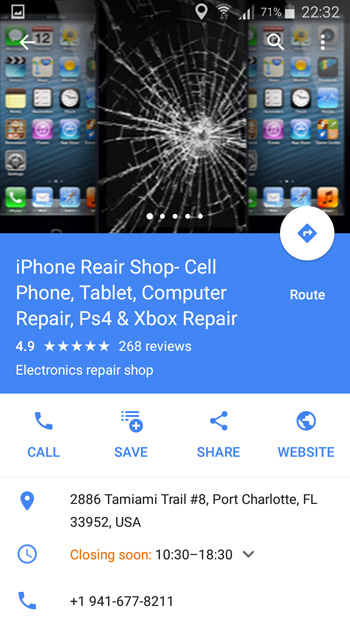 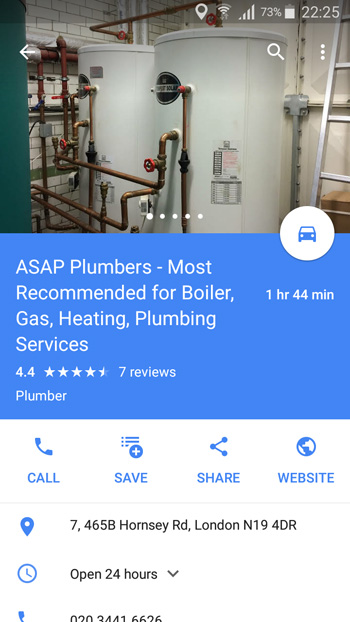 The above Iphone Repair listing is particularly nasty as it is not the only listing running in the area, they also have a SAB service area business listing running for the same business. 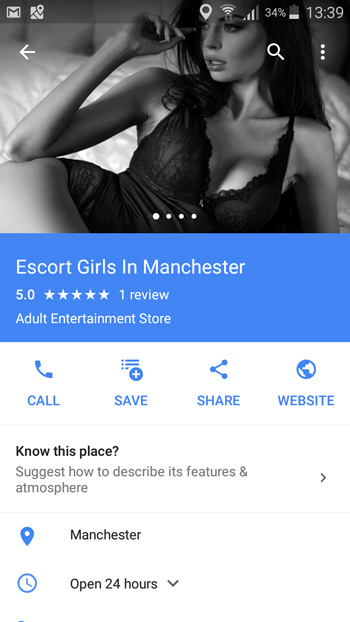 Although not name spam, this listing is pure Spam. It is currently illegal in the UK to advertise a prostitution business or service, therefore this listing is against UK law.

When I escalate to Google (as a Google TC) they are removed, however this one I used suggest an edit and marked as spam. A manual reviewer, I assume in Asia has not understood the reason and denied the edit.

So the manual reviewer needs to be aware of Guidelines and County specific laws, not easy.

If you have a guideline it should be enforced, without enforcement the scale of spam we see today is the result.

Google seemingly has a potential algorithmic solution in the form of the patent linked to earlier. The other option would be penalty points system, however you would still have to get through the crowd sourced suggest an edit flaws for these to be applied to the business page account.

A manual check could be added to new business pages at verification which is currently in place for certain high spam areas, would they have the manual resources for this, doubtful.

Not an easy problem for Google to tackle, but id you have the brightest engineers in the world, they should hopefully be able to crack this, but there has to be the will, which is currently lacking.